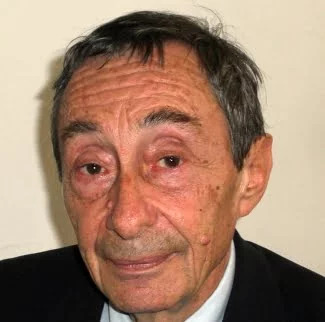 At the age of 84, our dear friend, colleague and mentor, Professor András Jávor has died.

András Jávor graduated from the Technical University of Budapest and received his M.Sc.E.E. followed by his Ph.D. degree in computer science. He received his D.Sc. from the Hungarian Academy of Sciences.

After his graduation, he worked at the KFKI Research Institute for Measurement and Computing Techniques leading the Department for Simulation. He was full professor at the Budapest University of Technology and Economics and the Szechenyi Istvan University, Győr. In the latter he was dean of the Faculty of Informatics and Electrical Engineering between 2000-2002. His major interests were discrete simulation methodologies; knowledge base and AI controlled                 dynamic simulation, simulation methodologies and their application in the simulation of highly complex systems in the fields of micro- and macroeconomy, development of regions, environmental problems, flexible manufacturing systems, traffic, logistics, etc. He led the development of several simulation systems of 3 EU projects.

The number of his publications – among them several books and papers published in international journals and proceedings of conferences – is above 179. Since 1995 until his death, he was the Director of the McLeod Institute of Simulation Sciences Hungarian Center that has been working in the frameworks of INFOTA and he was also the Vice-Director of this international network.

Professor András Jávor remained active even after stopping teaching work and made numerous publications until his death. He was always an approachable, humble scientist, teaching younger colleagues not only professional knowledge but humanity as well. We will miss his specific, individual, friendly manners, cultural and unique professional knowledge, his humour and the extensive discussions with him.

The Value of Cultural Tourism. How can we enjoy and remember our trip?

This site uses cookies. By continuing to browse the site, you are agreeing to our use of cookies.

We may request cookies to be set on your device. We use cookies to let us know when you visit our websites, how you interact with us, to enrich your user experience, and to customize your relationship with our website.

Click on the different category headings to find out more. You can also change some of your preferences. Note that blocking some types of cookies may impact your experience on our websites and the services we are able to offer.

These cookies are strictly necessary to provide you with services available through our website and to use some of its features.

Because these cookies are strictly necessary to deliver the website, refuseing them will have impact how our site functions. You always can block or delete cookies by changing your browser settings and force blocking all cookies on this website. But this will always prompt you to accept/refuse cookies when revisiting our site.

We fully respect if you want to refuse cookies but to avoid asking you again and again kindly allow us to store a cookie for that. You are free to opt out any time or opt in for other cookies to get a better experience. If you refuse cookies we will remove all set cookies in our domain.

We provide you with a list of stored cookies on your computer in our domain so you can check what we stored. Due to security reasons we are not able to show or modify cookies from other domains. You can check these in your browser security settings.

We also use different external services like Google Webfonts, Google Maps, and external Video providers. Since these providers may collect personal data like your IP address we allow you to block them here. Please be aware that this might heavily reduce the functionality and appearance of our site. Changes will take effect once you reload the page.